The celebrations of the new year are all behind us and we would like to have a moment and write about what you can expect (and what we want to achieve) in the following months. From the Rail Route perspective, of course. There could be a lot of talk about the current real-world atmosphere and situation but we are not feeling entitled to. Let us wish you all the best at least, and especially a lot of hope for anything you need and want!

At the end of the last year we created a Steam page for our game and wanted to release it into Early Access early in 2021. We also wanted to participate in the Steam Game Festival during the February. But we have changed our minds. We won’t participate and we won’t release it into EA after it. The reason is pretty simple: the game is not ready yet. We have created solid ground blocks and we want to forge them together to form two or three distinctive game modes for the game to be enjoyed by a broad audience of train enthusiasts as well as by our core community members. 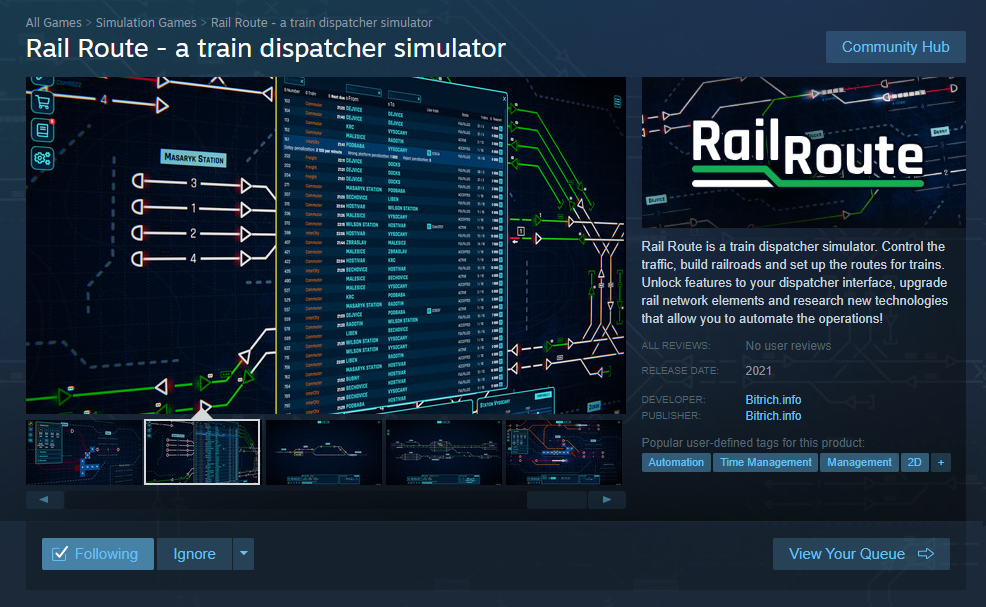 Mainly, we have focused almost exclusively on the Free Play / Evolution game mode yet. (The Prague map where you start in Dejvice–Bubny area and expand to the rest of the map). This game mode provides a long gameplay for a dedicated player, but we feel there is also a need for some shorter but still enjoyable game mode for causal players and those who seek for let’s say one-hour game for a free evening.

And that’s a goal for the year of 2021 – to expand and improve the game to that level.

We are not saying we won’t release it during 2021 but we are just not sure right now. But don’t worry, there is a bright side of the coin. We will continue to release the game in a free alpha preview version so you will be still able to follow the development and mainly help us to control the way we dispatch the “road map” trains.

To make the development even more open, we are starting to use a public Trello board for the road map (besides our internal board): http://bit.ly/RailRouteRoadmap

Right now our focus is on the UI redesign I have mentioned in my previous blog post. Beside it we are changing the contract system dramatically by removing the contract conversions and introducing the new building that will help to balance the stations: the coach yard. This will be the main content of the next update.

Beside all the community suggested features and features we want to implement, two things will have a high priority – more complexity to the research tree in the endless (free) game mode and the scoring system for the scored levels. These are the fundamentals for the both game modes and we will try to improve them a bit! We are considering the endless game mode to be the core of the game. We already made some changes to the research system – firstly it was renamed to the Systems Upgrade. The upgrades are unlocked instantly by spending new “currencies”. These currencies are awarded by completing the contracts (green one for the recurrent and red one for the one-off contracts) but we plan to broaden the activities where you can earn these rewards. 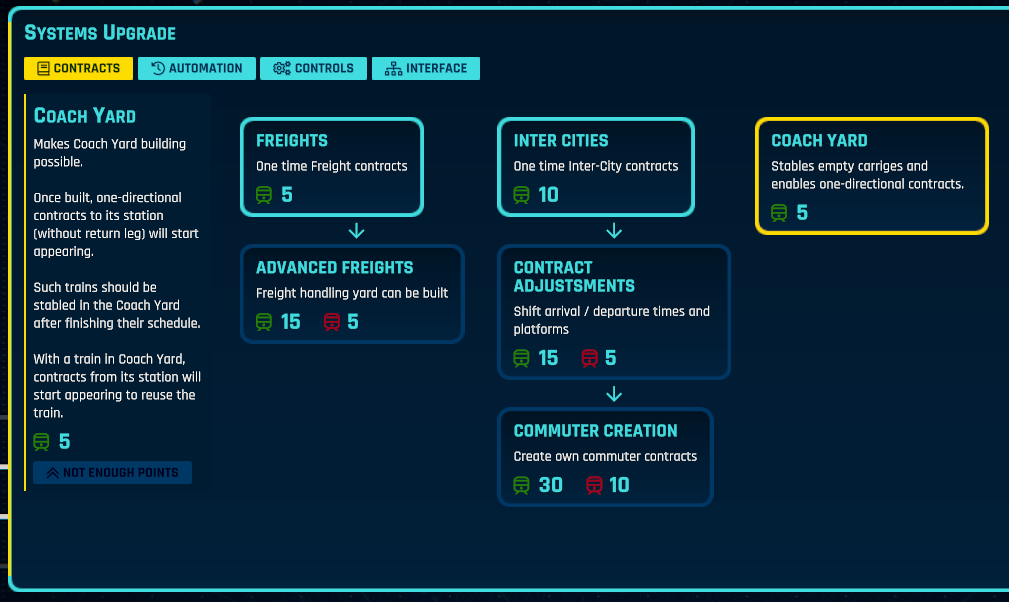 By angelPublished On: January 22nd, 20213 Comments