But I would like to tell you what we have done during the previous month – May 2021.

We have polished a lot. Most of the bug fixing has been done since April, so we focused on the general experience. The experience new players are having but also the overall one.

We broadened the scope of hints shown during the Endless Maps. We are trying to communicate core game mechanics through them, so now, there are these tips: 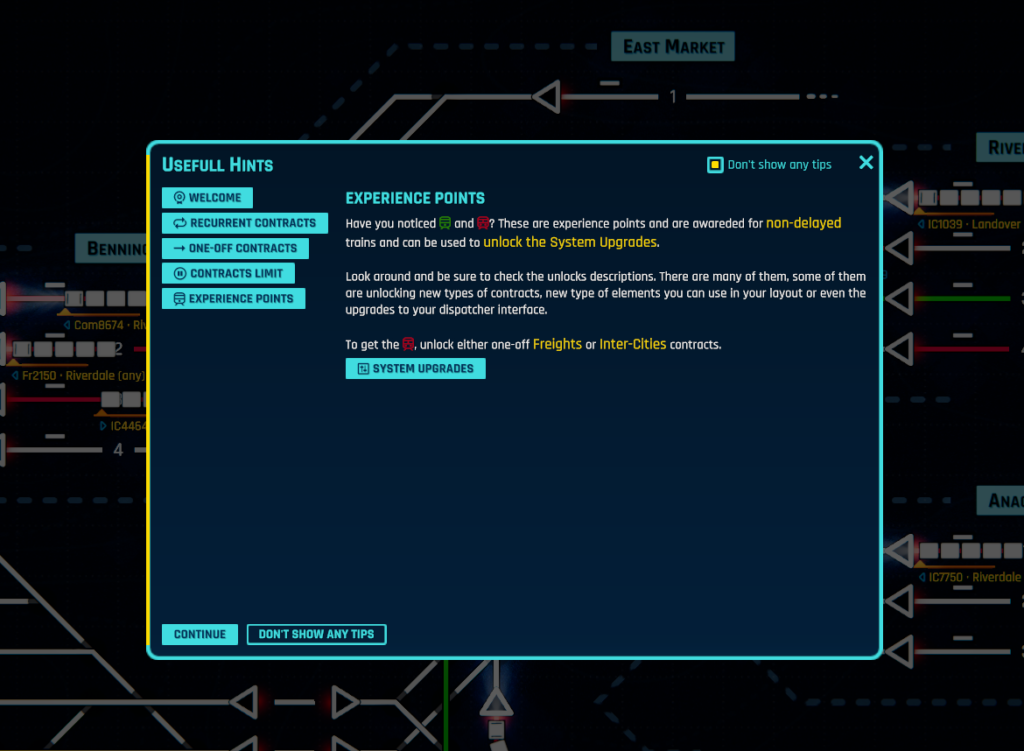 We somehow felt it could be challenging for new players to understand. We were focused on that topic a lot, with a lot of minor adjustments as well.

Another significant change was to reformat the Upgrade descriptions. Again, the goal was to clarify as much as possible. The first paragraph of the upgrade is trying to tell what you would get by unlocking these. The second paragraph is a description, and the last should be a tip. 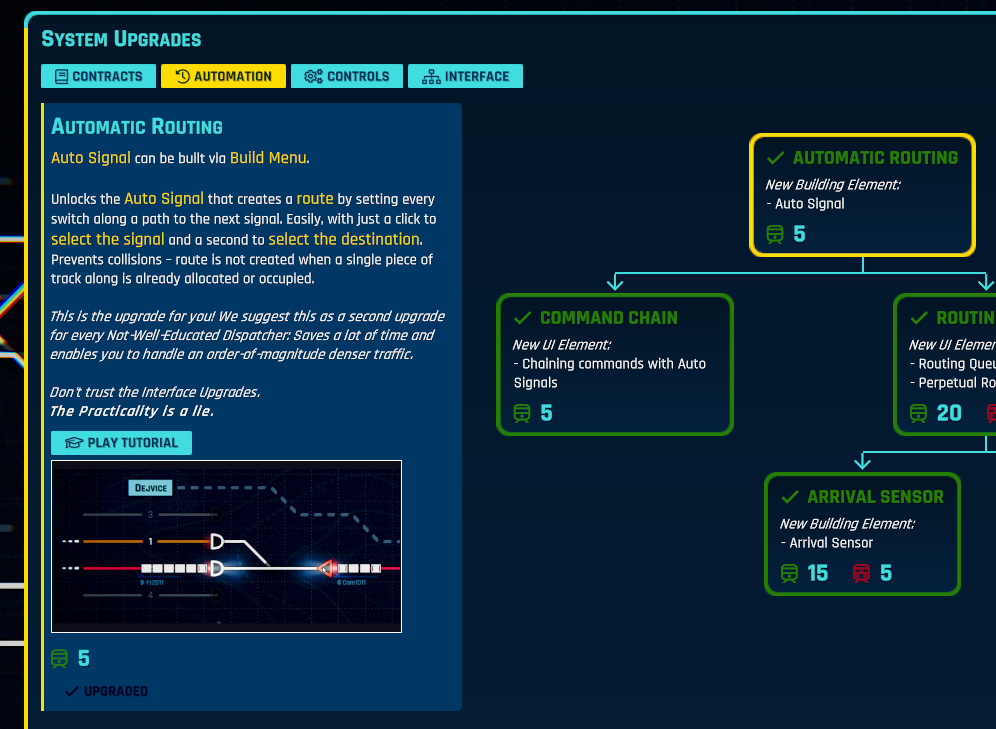 And there’s a new screen after you unlock something where the Unlock description is being repeated. But there’s more: an image or a video showcasing the upgrade, and sometimes even a tutorial button. 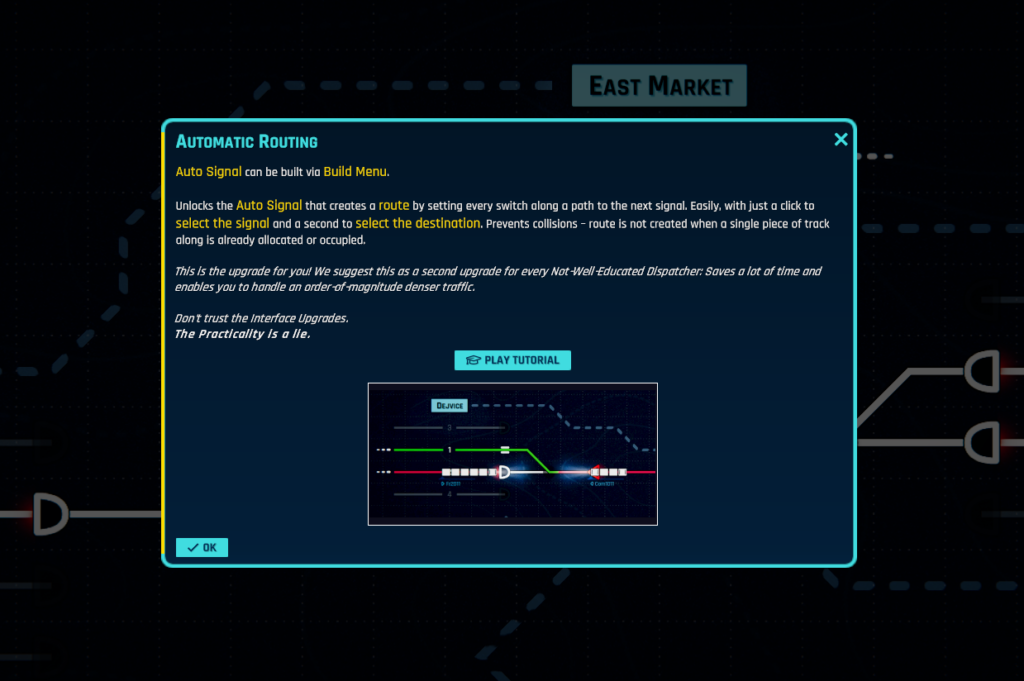 Yeah, we have moved some tutorials into the endless game. When you feel ready, you can click the Play Tutorial Button inside the unlock description. Your map is saved, tutorial loaded, and you are automatically put back into your game after you finish it. If you exit the game during the tutorial, there’s a “beforetutorial” save for you :).

For example, the arrival and routing sensors have new tutorials of this kind! We have also removed the automatic routing tutorial from the list of starting tutorials, and it’s available in the Automatic Routing upgrade. 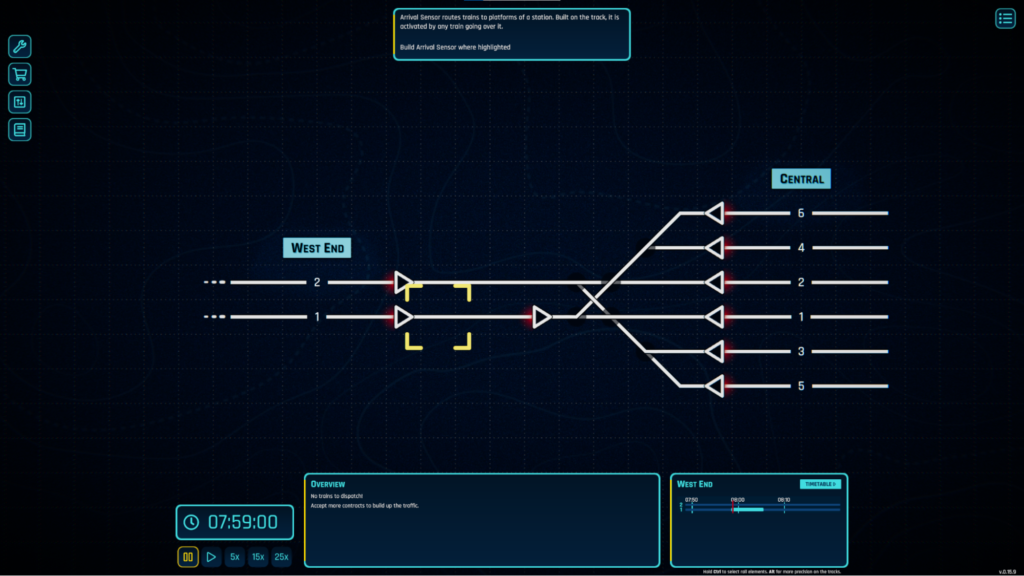 Speaking of the new screen shown after you have unlocked the upgrade, there’s a new SFX sound with it which is used in a few other places as well. Can you hear the resemblance of the station announcement? It was inspired by the Prague Main Station theme, which can be heard here: https://archive.org/details/aporee_31731_36450.

We have fine-tuned other SFXs as well. The mouseover effect is much more enjoyable, as well as the click sound.

Oh, the trains have ambient sounds! Very simple right now, but we will improve them later! I want to add braking and accelerating sounds and make them differently based on a train type. And if you listen carefully, you will notice a very subtle control room audience as well.

You know the game is going out to Early Access on June 23rd, right?
I wanted to make a recording of the new arrival sensor tutorial. But look, I ended up with a full launch Trailer on accident :).

We drafted initial support for mods. We are loading custom-made mods (in the form of .dll) from a particular folder, and we plan to focus on that topic later after the Early Access release.

The translations have been finished in all 13 languages by our community! Even after our significant change to nearly every unlock description. They did an amazing job. I want to thank everybody who helped us with them. Thank you so much for your efforts! 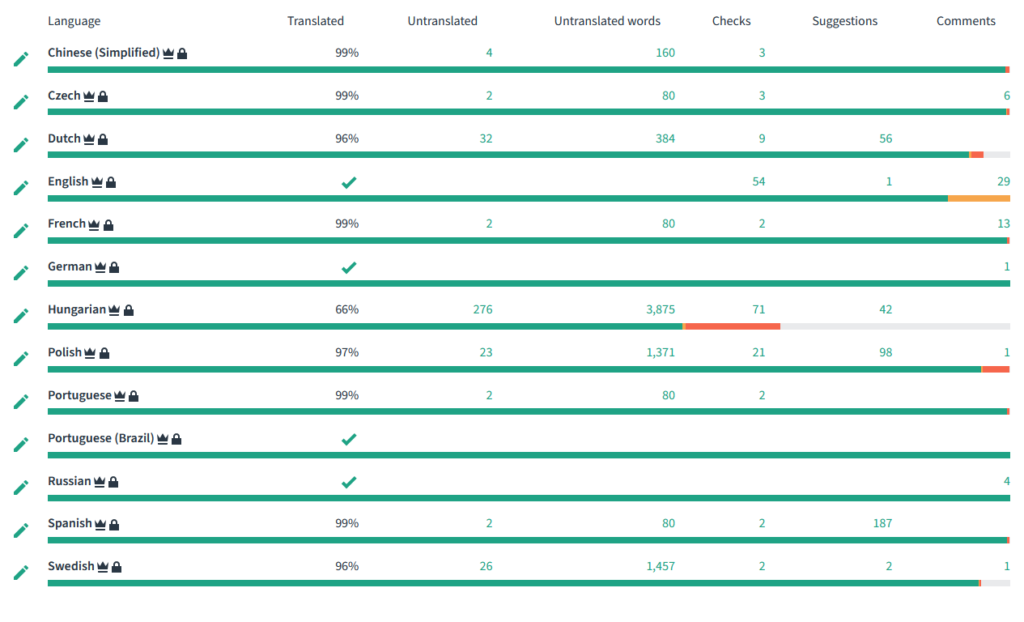 If you want to improve the texts in-game, feel free [url=https://translate.bitrich.info]to suggest a text change[/url].

Lastly, don’t forget to jump onto our Next Fest stream on June 16th, at 8 pm UTC! I’ve got a magical recording for all of you! 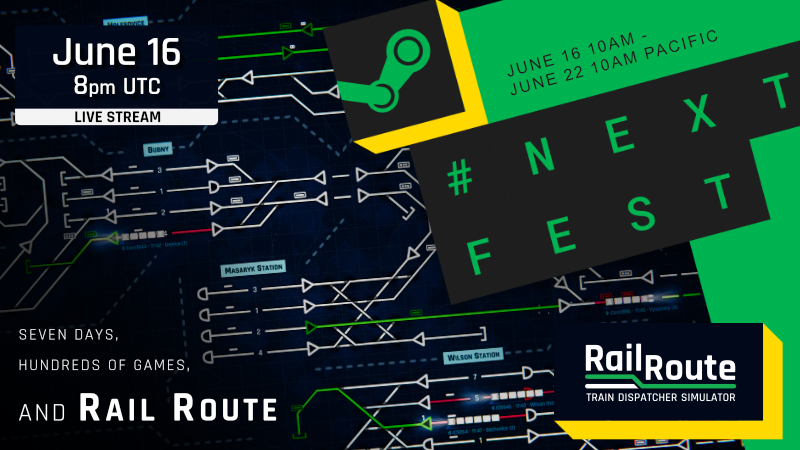