Rail Route 0.9 on Is Out – Tunnels Introduced

Home/Rail Route 0.9 on Is Out – Tunnels Introduced

Rail Route 0.9 on Is Out – Tunnels Introduced

Next feature alpha update of Rail Route is on the itch.io platform so you can download the latest alpha preview of our game – a rail network management and operations simulator.

When first rails were laid in mines centuries ago, tunnels were already there. Since then, tunnels were a natural (but expensive) choice when there was a hump to overcome or where the surface space was too restricted for the flat curves of the railways. As the traffic intensity increased, tunnels and bridges were constructed to achieve grade separation – various forms of flying junctions were erected.

Based on this and the feedback from the community we introduce tunnels to Rail Route. 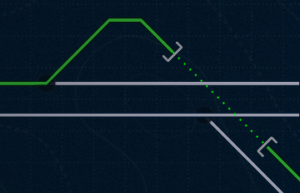 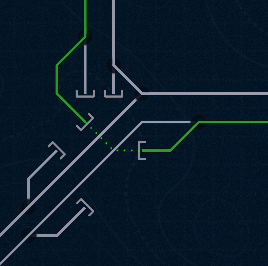 In play mode, you can build tunnels once you research Tunnels. The build is constrained by walls and space available – tunnel can not be built if a track connecting its portals can not be build (existing builds are not considered). For example, these tunnels are not allowed in Play Mode.

Tunnel length is derived from the length of the underground connection and it determines its price. Tunnels are expensive – each 4 additional cells make the tunnel roughly twice as expensive. Take it into account specially when you try to use tunnels to solve some situation in narrow space. Example: 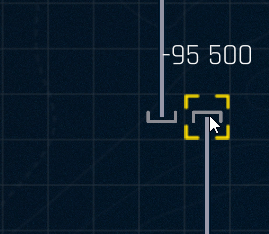 This tunnel is expensive… 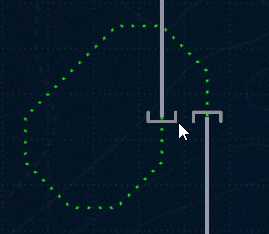 The constraints mentioned above do not apply in Editor Mode – walls can be undermined and narrow spaces do not matter. If the connector can be constructed, tunnel has its length, otherwise it has the length of the shortest connection between the portals. The length can be overridden to any value; connector shape is discarded if you do so.

We introduce the Automatic Routing Queue – each automated signal has its queue where routes are added if you or some automation rule requests them but they are not possible in the moment of creation (due to tracks being allocated or occupied). Once one of the routes is possible, it is created automatically (if more than one become possible at the same time, first of them is created).

This also makes the Perpetual Route possible. It is an route that recreates itself once possible. You can use them e. g. if you put multiple signals on long tracks to increase capacity and you do not want to operate them manually.

We also fixed many bugs, improved performance and worked hard on visual impression of the game.

If you want something other in the game, just tell us in the comments. And lastly don’t forget to join our Discord community server.