It’s our goal to release a DevBlog every month, but sometimes we happen to miss them. Often this is because we’re so focused on a massive update that requires our constant attention, and we just don’t have the time to provide you all with some insight into what’s coming next because of how much we need to develop it first. It could also be procrastination, vacation time, sick days… Only we know, really.

This last month, we slipped, but fortunately, it’s not due to procrastination. Instead, we’ve been hard at work, getting you all something new to play with. Check out… Rush Hour.

Look forward to this new mode on March 28th!

As soon as Update 3 hit the public, we were already working on getting a prototype for this new mode. It took a while, but the prototype was completed in just a few days, and we’ve been hard at work polishing it to its current state. It’s been a wild ride of refactoring, map design, new graphics, you name it. 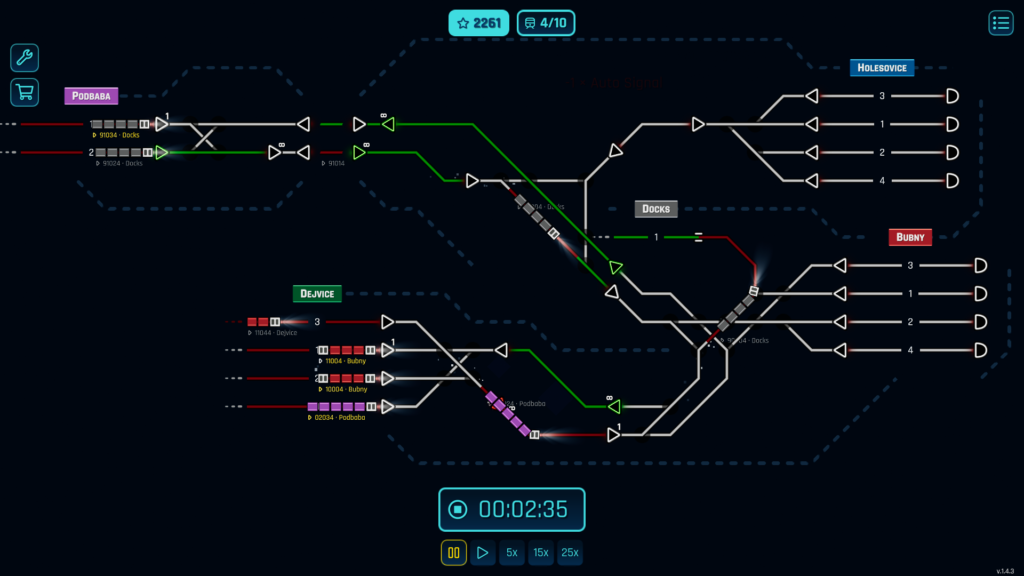 This mode will bring a brand new experience and way to play the game, managing to bridge the gap between Timetable’s arcade-y, set-in-stone feel and the track laying/contract generation of Endless. It’s your job to get through ten waves of increasingly chaotic trains, with meager rewards between rounds to keep upgrading your system piece by piece. Think you can survive to the very end? 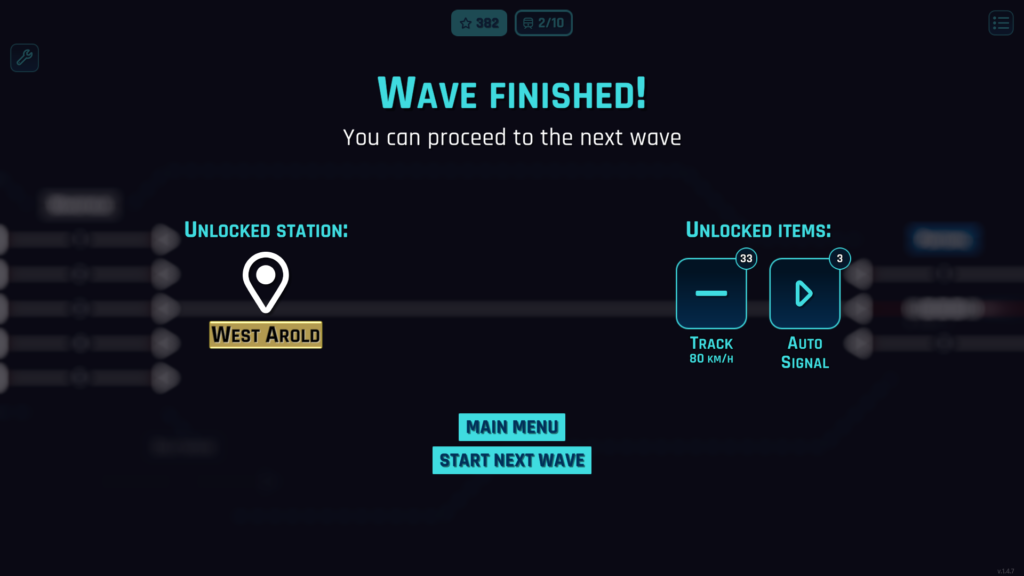 But we don’t want to spoil everything for you… the mode’s crazy fun, and you’ll have a blast exploring the ins and outs of the mechanics, whether they’re completely new or a repurposed one you’ve already seen before.

That’s not all we can tell you about, though! 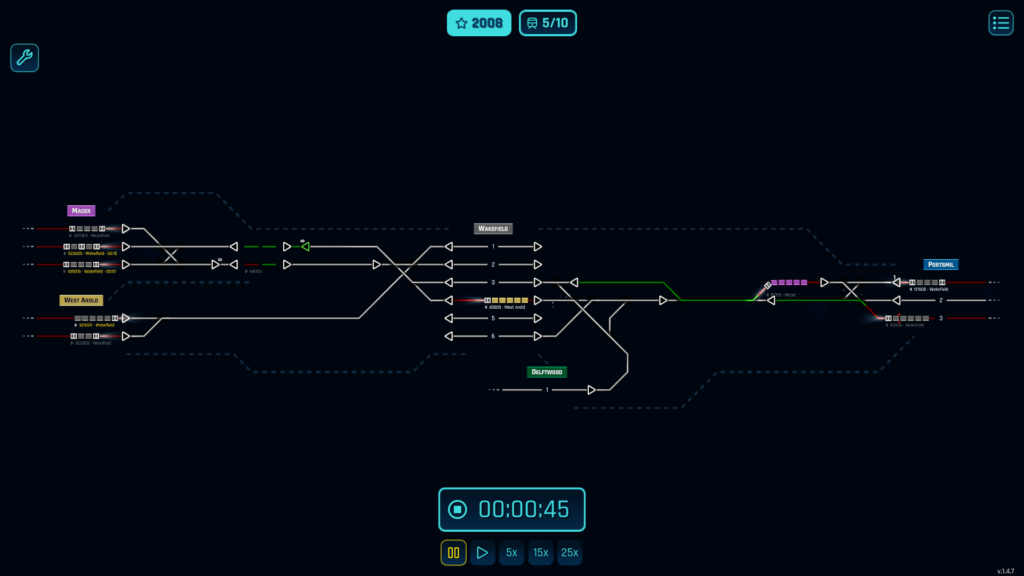 Something about Rush Hour that’s a bit weird is the UI at the bottom of the screen – the only thing you can see is the time controls. You don’t really NEED it for the mode, but this leads to some things that will be much harder to see, right? Checking a train’s route will be a pain if you can’t read the small text beneath each train, and there’s no way to check its future destinations… 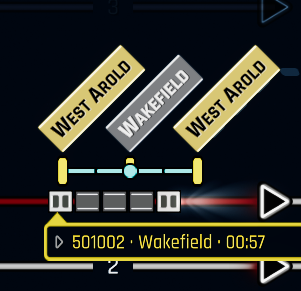 You probably already noticed, but we have you covered – trains are now color-coded according to their destinations! Each train displays its next destination better by changing the colors of every non-locomotive carriage in the train’s consist. This also helps make it even more obvious whether a train has an engine on both ends or not!

Hovering over the train will also show you the train’s whole timetable! With just a glance at a train, you should be able to figure out where it needs to go next. No more need to pull up the schedule!

This ability is also available in Timetable and Endless, but if you don’t like it there, don’t worry – there’s some new buttons to toggle colors on and off above the clock! It’s right next to the notification sound toggle, which has also been relocated to this new place.

That’s nice and all, but what about accepting trains? Isn’t that impossible without the UI? 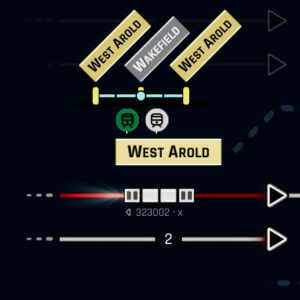 Well, we’ve come prepared for that, too. Whenever a train wants to enter a station, a little circular icon appears above it. You can hover over the icon to see the train’s route. 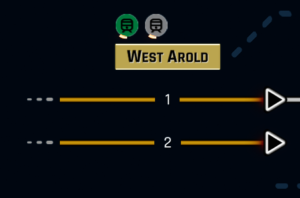 Click the icon, and the game will highlight all free platforms you can accept a train to in Orange, just like it shows the routes you can make when routing an auto-signal. 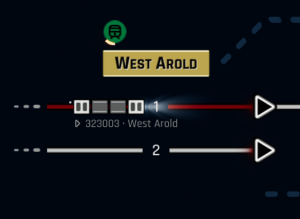 Of course, the editor has some major changes for Rush Hour – Things such as the amount of time trains can spawn for, how long trains can wait to enter before you lose the game, and the chances of any given contract generating in a wave. 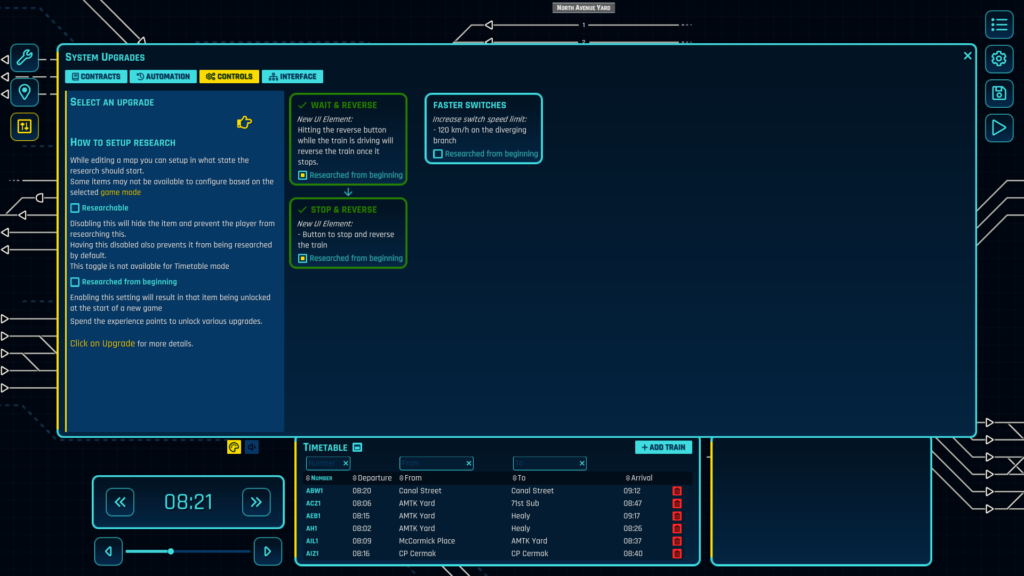 That’s not all the editor has to show now, though: You can now toggle what research is active at the start of the map!

This is HUGE for timetable map creators. Don’t want people cheating your trains with Signal Penalties using Stop & Reverse spam? You can turn that off. Feel like having slower switches? You can disable 120kph ones. Want players to be able to automate Coach Yards? Go ahead and turn it on! 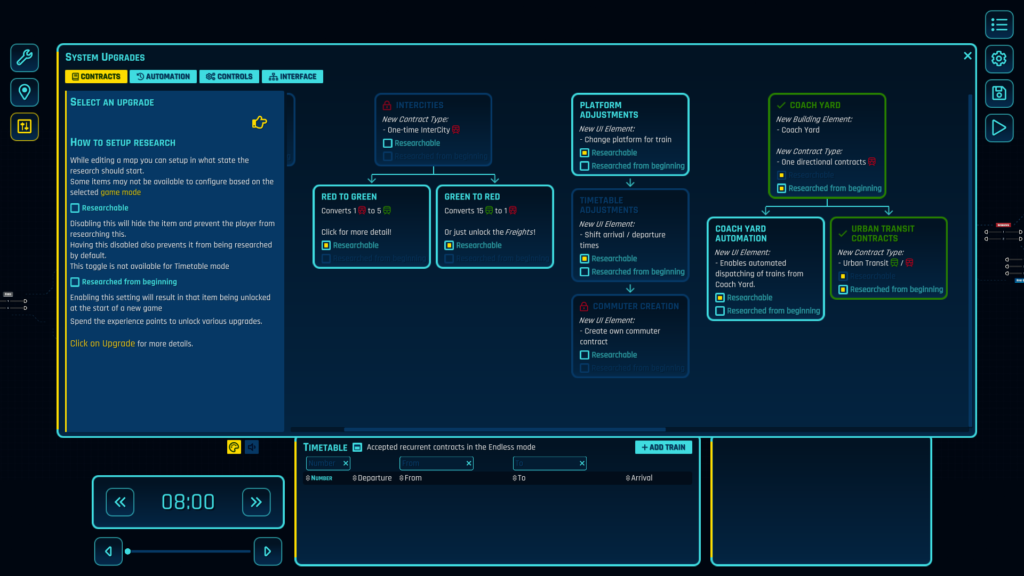 As for Endless, this allows you to have finer control over the challenge you create for players. Want a coach-yard exclusive experience? Why not give people access to freights from the beginning? Or maybe ban a feature completely, such as Tunnels, to really give folks a difficult time?

The only mode this doesn’t affect is Rush Hour, which has everything unlocked, but is restricted by the Inventory. It’s disabled there for simplicity’s sake. It’s still got a huge impact on mapmaking, though, and lets players design some crazy new challenges with old modes! 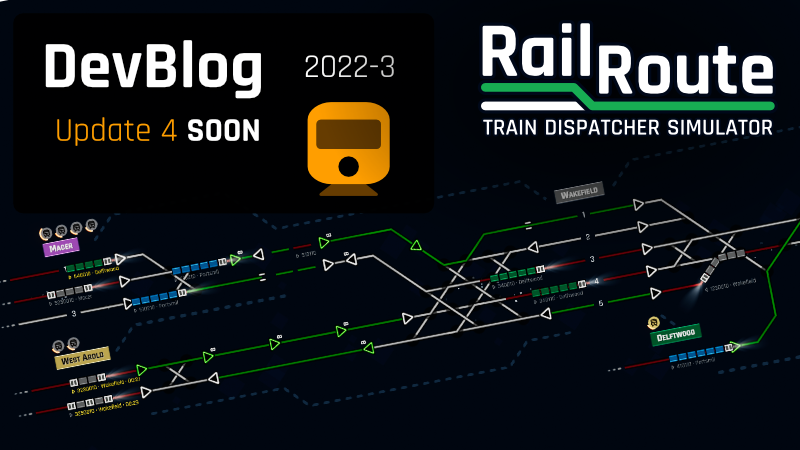 I hope you’re as excited as we are! There’s plenty to look forward to coming up in just over a week. Mark your Calendars for March 28th!