Update 7 has arrived – and it’s here to make your life easier!

Home/Update 7 has arrived – and it’s here to make your life easier!

Update 7 has arrived – and it’s here to make your life easier!

It’s update time! (Which is, in my opinion, the best time.) The long-awaited Update 7 is finally here, bringing a multitude of quality of life improvements – and with the improvements, comes this blog post telling you all about them. Let’s get into it. 👇

Summary:
Update 7 is focused exclusively on making your life easier. It includes (but is far from limited to) some of the following:

Interest piqued? Heart fluttering? Good! It’s time to get down to business – come with me for the full rundown of Update 7. 👇

Ever get sidetracked? I do all the time. Well, if you’re like me, that won’t prove much of a problem anymore. We’ve added a new Train Alert upgrade – yep, that’s an upgrade that lets you know directly on the map if there’s a train in need of attention.

This is one of our favourites. We’ve added the ability for players to unlock an upgrade that’ll visualise the route that a manual signal will create when activated. (Making it significantly easier to predict the routes your trains will be taking!)

But that’s not all – we’ve also added an incredible Manual Signal Safety upgrade – one that prevents the allocation of a route when it detects danger. That means no more easily avoidable crashes!

You can now build signals on track corners! This opens up a huge range of possibilities for dispatchers, and we hope that you love it! 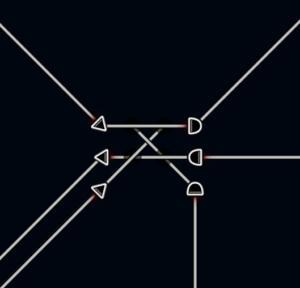 This is one that has been requested over and over again. We’ve changed our game saving to hugely increase save and load speeds. [b]Though, beware, if you save games in the latest version of the game and attempt to load them in an older version, you will not be able to.[/b]

(No GIF for this one – you’ll just have to test it yourself!)

We’ve added a whole bunch of achievements for dispatchers to work towards! Whether you love our story mode or are obsessed with endless, there are achievements in there for every type of player.
We hope that you enjoy! 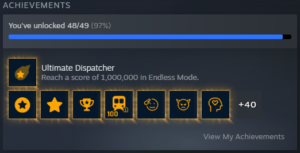 Well, that marks the end of our rundown. There’s still more changes and updates, though – they’re in the Changelog below! Take a read, and – as always – happy dispatching! 🚆

UPDATE: Building signals on track corners is now allowed
UPDATE: Improved signals sprites to highlight the orientation
UPDATE: Trains will not get a delay penalty that is more than the train reward and the delay penalty will be only for last station