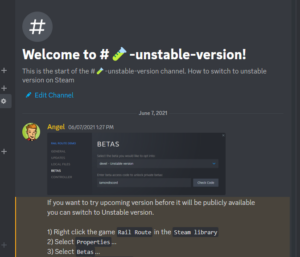 The new menu is the most significant change you’ll notice when you start playing the game, and it marks the start of our planned updates to the user interface. One of the most notable improvements (besides the visuals) is that you can use it without a mouse – you can use just a controller or keyboard. The maps have been divided into categories to make finding what you’re looking for easier. We’ve also set the groundwork for adding the workshop browser directly into the menu in the future. Give the new menu a try and let us know what you’d like to see in the future! 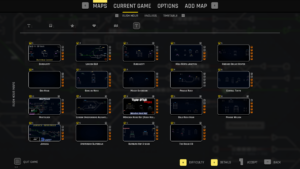 We’ve made some changes to the icons that show when a train is coming. They’re now closer to where the train starts, like the platform or the train yard. That gives us more open space around the station signs – and we have an exciting new type of icon coming soon. Any guesses? Leave us a comment!

We adding 148 switch configurations to the game in alignment with previous updates. It’s unbelievable we missed so many. We haven’t employed any speed penalty on high-density switches as initially planned; we need more time to think it through. Feel free to give us insights on this in the comments as well!

We’ve made some big changes to our code to help us get more content to you faster through future updates. This also means that the ‘level.txt’ file for map definitions isn’t there anymore. You can make it easier to edit timetable data by importing and exporting it in the editor.

When will Update 9 be out?

It might take up to two weeks for us to be on the unstable channel. After that, we’ll decide if we should move to a stable version based on how many problems we run into.

Better than a thousand worlds – here’s the Changelog.

By picklePublished On: December 6th, 20220 Comments